Videos illustrating the meaning of the 22 Major Arcana cards vary in length between 7 and 10 minutes, so it’s easy to pace yourself as you explore the energies of these cards. Of course, you could binge and watch all of them in one sitting – a total of 3 hours!

‘The Major Arcana videos draw on material from my Ticket, Passport and Tarot Cards TV series, which was produced in 2006 for a general audience. The TarotNav versions of the videos not only provide an overview of all the Major Arcana cards but also include discussion of Tarot readings to show how the directions given by my TarotNav GPS played out in real life. And much has happened in the 11 years since the TV series, so seven Major Arcana cards are covered in completely new videos, which have been a delight to create,’ says Linda. ‘In separate videos, I demonstrate two popular layouts – the Celtic Cross and a seven card layout, often called the Horseshoe Spread.’

Here, to whet your appetite for TarotNav, are two of the new videos – one on reading the Celtic Cross and the other on The Magician which takes you on a journey to Merlin’s Britain.

The videos feature music from the wonderful Tarot album by Canadian composer, Réjean Paquin. Click the play arrow to hear the first track, The Fool, and select the ‘Tarot” link to hear more tracks and to purchase the whole album or individual tracks.

TarotNav is a unique set of video and written resources that are informative, easy to follow and entertaining! The video and document files can be downloaded to your computer or device, or you can receive them stored on a USB flash drive. Click here for more information and to purchase.

Subscribe to the Spiritual Studies and Travel newsletter and receive a FREE guide to your personality and soul cards determined by the numbers in your date of birth.

Be the first to know about new classes and the latest tour information. Click here to sign up to the newsletter and receive your FREE guide to YOUR Tarot cards.

Come on a soul journey and experience the energy and magic of ancient sacred sites. Absorb the spirit of place, reconnect with nature and the divine on a quest to find inner peace and renewal.

The joy of travelling with like-minded people is very much part of the Gothic Image tour experience ….evenings filled with conversation, laughter, toe-tapping jigs and soulful ballads in the pubs of Ireland and Scotland. Click here for info on tours where I'll be offering Tarot activities.

You’ll find lots of practical advice on how to fine-tune your Tarot reading skills in my online classes which cover topics such as doing Tarot readings for yourself, linking the cards to make a story, getting the question right and cracking the court card code!

Twice a year I also offer a full course called Live and Learn the Tarot. This comprises nine classes supported by an option to participate in 9 weeks of online activities and mentoring. Click here for all the information on the Global Spiritual Studies website. 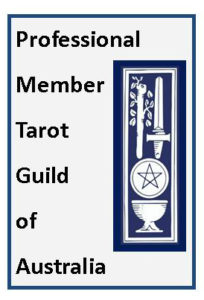